On March 22, a fresh cohort of out-of-school boys joined the AUN Feed and Read initiative managed by the Atiku Center for Leadership, Entrepreneurship, and Development (ACLEAD).

Launched in 2015, the initiative caters to the educational and feeding needs of Almajiri boys, with backing from the Adamawa Peacemakers Initiative (API).

Hajia Turai Kadir of ACLEAD said that the program is a part of AUN's corporate social responsibility. It has reached out to more children in need of special intervention since its inception.

"We have had a very successful story with these boys,” she declared.

The curriculum of the program is designed to ensure that the beneficiaries are able to read and write in basic numeracy and literacy. A meal a day is served to beneficiaries.

At the launch, Provost Muhammadu Kah urged the boys to believe in themselves.

He assured them of the university's commitment towards transforming them into brilliant contributors to their community.

Money donations were announced from Friends of Nigeria, a US-based organization, and employees of AUN.

The sum of N150,000 was also contributed by the New Foundation School (NFS), the Chibok girls initiative of AUN.

Miss Aisha Ezekiel, president of the NFS students’ fellowship, said, as beneficiaries of AUN's generosity, the girls understand the essence of giving and sharing.  "My sisters and I know what it feels like to have nothing and it brings us great joy to support the Feed and Read program.

Dean of SAS, Dr. Patrick Fay commended individuals who have contributed towards making the Feed and Read program a success.

One of the beneficiaries, Dahiru Mohammed, who spoke in Hausa, thanked AUN for impacting their lives. On behalf of others, he pledged the opportunity to attain academic excellence. 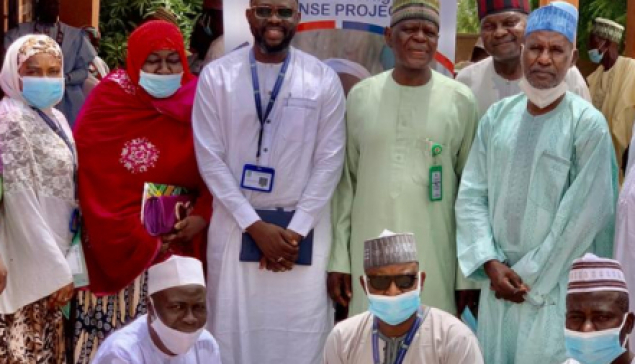 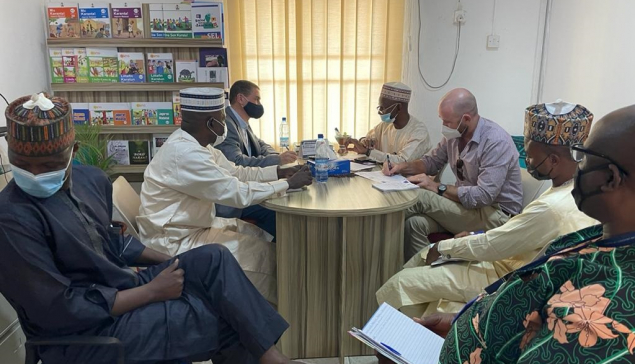